Introducing Solidarity and Care during the COVID-19 Pandemic

This pandemic is a moment for radical thinking, nothing will be the same again and there are many lessons to be learnt: we will see what really matters, what counts and who cares.

We began with the idea of documenting how people were living the pandemic at the beginning of March. We thought we needed a sociological perspective on what was happening. This was in part fuelled by our lack of faith in official statements about how they were dealing with the pandemic, lack of faith in official statistics: how could they know without testing? (a basic sociological error if there is no baseline), and having worked on issues of inequality through many dimensions, but especially understanding the politics of imposed austerity for a sustained period of time, we felt the impact of the pandemic was not going to be experienced evenly.

We had also been working on issues of social reproduction for some time and immediately knew that the UK were very badly placed to deal with any medical emergency due to the lack of NHS beds, equipment and staff. Health care had been compounded for some time by the lack of social care, an issue which all governments declared as a crisis, even produced reports but then failed to do anything about it (The Social Care Act of 2017 sits gathering dust). In 2019 there were seven UK areas without any social care at all, and our close relatives had been killed by lack of provision. The outlook for a pandemic which as China and Italy reported impacted more severely on the elderly was going to be catastrophic. This was not us being dramatic. It is a logic – no provision, no life support.

We also wondered about how we would sustain social life. At the beginning of March Wuhan and Northern Italy were sending us plenty of information about what not to do. As sociologists we had also researched Brexit in detail and knew that proposed immigration law and trade deals would further negatively impact upon equipment and capacity to cope (the UK has a quarter of the ICU bed capacity of Italy and Germany, and at the beginning of the crisis 90,000 nursing vacancies). We were staring into a very grim future, and that was just for starters.

We had also read dystopian novels such as The Plague, The Mandibiles, Not Forgetting the Whale and historical/sociological studies of pandemics such as those by Mike Davis. We were sitting at our desks staring into an abyss.

We also knew that by definition the pandemic was global. Just as austerity has destroyed health and care support for the vulnerable in the UK, in the Global South structural adjustment policies have made things much worse. You could say we in the UK at least had a National Health Service and a welfare state, even if in tatters, to begin with. We also have legal obligations and responsibilities to care for people. Many Global South countries do not. We would like to extend our analysis beyond Europe and so are hoping to bring on board international editors to offer a global view, again one that will stop the global connections being ignored in the future.

How many of us, our local and international friends would survive? We knew we had to make this project global. We know we are subject to global forces, labour for instance – the UK NHS was/is substantially staffed by labour pulled from the Global South, over 60% care workers are not UK residents, trade deals for medical equipment are global. What can we learn by drawing the dots? What patterns are likely to emerge? And which key global players will survive in all this. We have learnt that some labour is essential but will it remain valued socially and will that ever translate into monetary reward?

We also know social media is thriving and we have just learnt that Palantir (Peter Thiel’s security company, PT is Donald Trump’s tech advisor) has now got its hands on NHS data, and this after Google was subject to strict controls. We also predict that surveillance and tracking will become even more ubiquitous (if that is possible). This is a serious sociological issue, will more stratification by stealth be the likely outcome?

We have also been responding to this emotionally differently, some of us becoming frenetic in an attempt to repress, others paralysed by the enormity of what we face. We actually felt we had a responsibility to provide a platform for sociological reflection, especially as our activities – physical writing workshops, seminar series, events, etc. had to be put on hold. We saw other initiatives such as the syllabus for COVID-19 and felt we should direct our Foundation (The Sociological Review website and public engagement charity) to doing what we do best, providing an outlet for sociological thinking in line with our manifesto.

Curating a public platform for now and the future

From the outset, we were keen to do more than provide the space for ‘rapid response’. We also wanted to be able to store responses in an archive so that nothing would be forgotten. Just like the world wars, this pandemic is a moment for radical thinking, nothing will be the same again and there are many lessons to be learnt: for starters, you cannot privatise and viciously cut the NHS without killing people. The links can now clearly be seen because they apply to all, whereas before it was the BME/working class, women in particular, who have always borne the brunt, so sustained attention was not paid. We have quickly seen how a society cannot thrive on the basis of individualism; it is remarkable how social solidarity (e.g. evidence from the 750k volunteers and the 3,400 local mutual aid associations that have sprung up in the UK) has been maintained over the years of sustained attack. We also wanted to help “change the narrative” on care. Without care in its different forms the world would stop. The labour of care is finally being publicly recognised: clap for carers, badges for carers, etc. We don’t want these gestures to remain gestures. Our values will change as a result of this pandemic. We will see what really matters, what counts and who cares. But will value?

We have already learnt that bumbling charisma may work for single issue political campaigning in mainstream media devoid of investigative journalism, but not for good governance. We need to remember how populist politics is literally killing people. We want to witness these moments in the present so we can begin to build a better future, one in which we do not subject the elderly and the vulnerable to genocide by poor government.

Getting to the stage of launching Solidarity and Care during the COVID-19 pandemic has taken a small team drawn from within The Sociological Review and beyond, who have been working very hard to design, develop and build the infrastructure that supports the project. They have been indefatigable, even whilst dealing with first-hand responses to COVID-19. They include Dr Erica Lagalisse (Editor and Project Researcher), Dr Attila Szanto (Project Manager), Dr Simon Yuill (Software consultant), Neil Scott (Website developer), Dr Michaela Benson (Editor-in-Chief, The Sociological Review), Zoe Walshe (Digital Content Officer), Dr Paul Jones (Digital Editor, The Sociological Review), Sarah Perry (Digital Engagement Fellow), Laura Harris (Digital Engagement Fellow), and me, Professor Bev Skeggs (Project Lead). 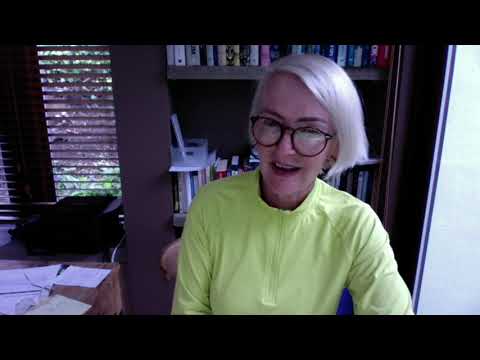 This site uses cookies to personalise your experience and analyse site usage. See our Cookie Notice for more details.